Studies show that thinking about behavior as either ‘good’ or ‘bad’, ‘right’ or ‘wrong’ is surefire way to NOT reach your goals.

This phenomenon is what psychologists call moral licensing.

Priding myself for ‘good’ eating leads me to binge on a box of pastries later in the week.  Thinking I dis the ‘right’ thing by sitting down to work for few hours on a weeknight, causes me to procrastinate for the remainder of the week.

When we think we are doing something ‘good’ we unknowingly give ourselves permission to do something ‘bad’.

The Darkside of ‘Good’ Behaviors

I know many people who start running in order to lose weight and end up eating more and gaining more weight.  Why?   When people think they’ve done the ‘right’ thing (running) they give themselves to indulge a little – “I deserve a treat for my good behavior!”

When McDonalds added the ‘Healthy Choices’ section to their menu the sale of Big Macs and other ‘non-healthy’ items skyrocketed.  The mere act of considering to eat ‘good’, healthy food caused people to indulge in ‘bad’ behavior!

In one study a group of people were asked to recalled a time they gave money to a charity.  They were then asked to make a donation to a different charity.   The group that recalled a previous donation (a ‘good’ behavior) ended up donating 60% less than people who did not reflect on past donations.

Labelling behaviors as ‘bad’ will also make you more likely to engage in ‘bad’ behavior.

When you engage in ‘bad’ behavior you feel guilty.  Whenever you feel guilty your brain desperately wants to avoid the feelings of guilt so it tries to forget the situation.  As the brain attempts to delete the memory associated with guilt you suddenly become more impulsive and more likely to indulge in the same ‘bad’ behavior.

In one study students tracked how much alcohol they consumed and noted how they felt about their consumptoin.  The students that filt ‘bad’ about their alcohol consumption the night before were more likely to drink that night and the night that followed.  Psychologist call this the “what-the-hell effect”.  Its the equivalent to saying “I already blow my diet, I might as well eat the whole thing!”.

Another study tracked the studying habits of students prior to exams.  If a  student felt ‘badly’ about procrastinating on a previous exam they were more likely to procrastinate while studying for an upcoming exam.

“Study after study shows that self-criticism is consistently associated with less motivation and worse self-control”. – Kelly McGongial, PhD and author of The Willpower Instinct

As told in book ‘The Willpower Instinct’, a group of women on a diet were asked to eat some donuts in the name of science.  After the dieters ate the donuts (as requested by the researchers), they were put in a waiting room with a giant bowl of candy awaited them.  If a participant was told: “everyone indulges sometimes; don’t be so hard on yourself”, they ate much less candy than the group of dieters that did receive the message of self-forgiveness.

When you forgive yourself for a ‘bad’ behavior you stop fleeing from the ‘bad’ behavior.  Instead, you learn from your experience and are less likely to indulge in that bad behavior again.

Stop thinking of behaviors as ‘good’ or ‘bad’.  Instead, simply reflect on the cause and effect of your work: finishing a work project allows you to focus on other things, while checking Facebook provides a temporary escape but leads to additional stress later in the day.  There is nothing ‘good’ or ‘bad’ about those options, there is simply a choice and trade-offs.

When you feel guilty about a ‘bad’ behavior find a way to forgive yourself for doing it to increase the chances of not doing it in the future.

“There is nothing either good or bad, but thinking makes it so.”  ― William Shakespeare, Hamlet

(to learn other language that leads to procrastination read this article) 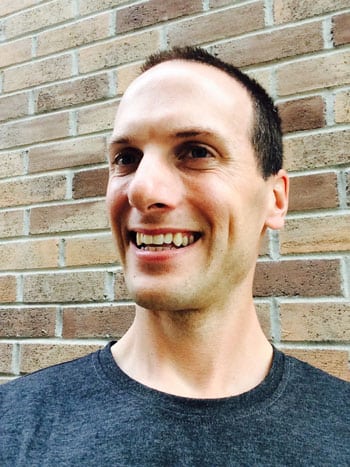